Choosing Between A Fifth Wheel And Gooseneck Car Hauler 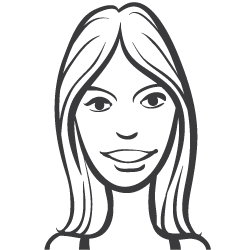 Choosing Between A Fifth Wheel And Gooseneck Car Hauler

Whether it's trailering your favorite show queen of a car to the next car show or transporting multiple cars to an auction, a heavy-duty car hauler can get the job done. If you decide to purchase or rent one, chances are you'll have to choose between one type over the another (unless you choose a standard bumper pull trailer, but that's another story). The following offers numerous pros and cons for each type of trailer.

Gooseneck trailers get their name from the unique goose-like shape of the trailer tongue. This shape allows the trailer to clear the rear half of the tow vehicle. It also allows the trailer to maneuver with a greater range of rotation than you'd normally see with a trailer mounted to an ordinary bumper hitch. This broad range of maneuverability can come in handy for getting in and out of relatively tight spaces.

There are plenty of other advantages to choosing a gooseneck trailer over its filth wheel counterpart:

As with their gooseneck counterparts, fifth wheel trailers do have a couple of disadvantages. The fifth wheel coupler and kingpin combo lacks the range of tilting motion that can be tolerated, making its use less than ideal on uneven roads. Some fifth wheel trailers also extend over the bed area of the tow vehicle, robbing it of potential storage space.

A typical fifth wheel trailer might not be as maneuverable as a gooseneck trailer, due in large part to its overall design. This disadvantage may be overcome by installing an automatic slider to the fifth wheel mount. The slider adjusts the spacing between the tow vehicle cab and trailer during turns, making the trailer more maneuverable without causing any damage to the cab.

It's important to keep all of the above considerations in mind when it comes to choosing between a gooseneck and fifth wheel trailer.